What could be more natural? After all, many famous people have their own perfume. But perfumes come and go, and roses don't. It's much easier to become 'immortal' by having a rose named after you.

The very first rose ever to be named after a person was 'Dorothy Perkins'. Jackson and Perkins was a company formed by Charles Perkins (1840 - 1924) and his father-in-law, Albert Jackson (1807 - 1895) in the USA. Jackson and Perkins is still one of the top US rose growers of today. Charles Perkins had a Grand-daughter named Dorothy and they developed a rambling rose which they named after her.

Eleanor Roosevelt had a rose named after her. Her rose is called 'Mrs. Franklin D. Roosevelt' and you can see it at Help Me Find. 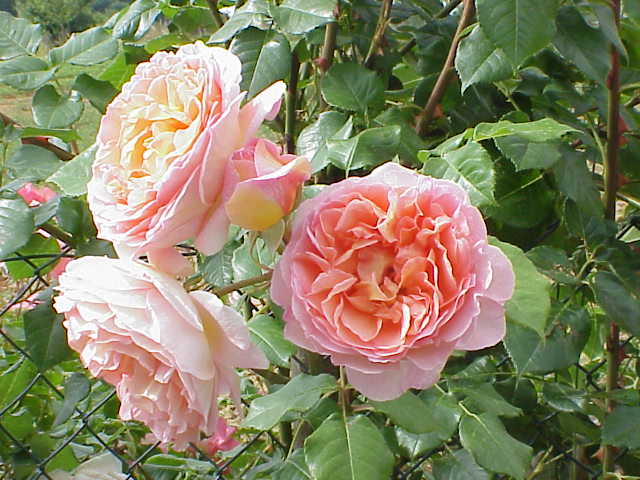 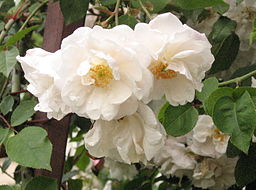 Amadeus, named after Mozart. This is an easy to find popular rose of today. It is a very bright red climbing Hybrid Tea which was developed by W. Kordes & Sons in 2003. This rose has won three awards, making it a reliable rose to grow. Caesar. This rose is a long-bloomer, from spring right through to early autumn. A hybrid tea shrub rose, it will grow to 6 feet and is slightly fragrant. 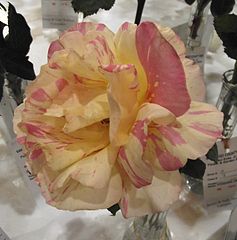 Claude Monet. A hybrid tea shrub rose will grow to 3 feet. The large yellow and pink blooms are striking with stripes and patches. It has a long bloom period from spring through to the first frost of autumn. It has a mild fragrance, but it is disease resistant. It is quite easy to buy online. It was developed in 1992. 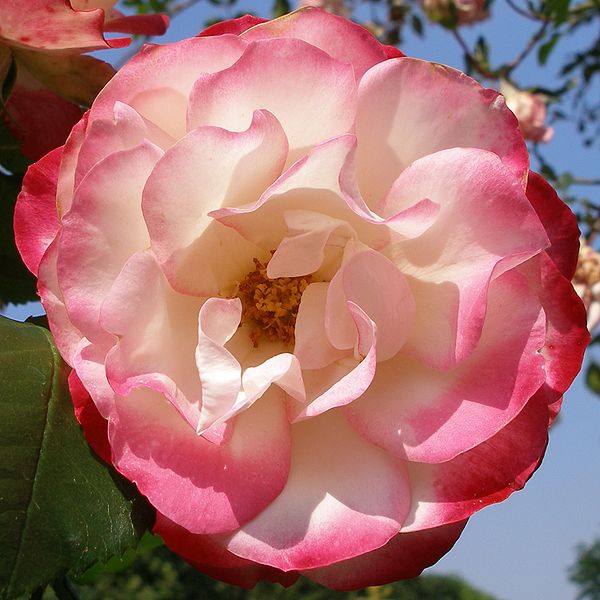 This delightful and elegant Floribunda rose is also known as 'Fire and Ice'. It was used to cellebrate the Coronation of Prince Albert of Monaco, the son of Princess Grace, the Princess de Monaco.   Photo Credit. Diana, Princess of Wales. Named after one of the most famous people of all time. It was developed by Zary in 1998. A stunning Hybrid Tea shrub rose which will grow between 4 and 6 feet.  It flowers repeatedly during spring and early summer. It is well known for its long stems, making it a perfect cut flower. It is slightly fragrant, and it is very beautiful. It is also hardy and disease resistant. Another 'Diana'. This beautiful yellow Floribunda belongs to another time. It was developed by the rose grower Tantau in 1977.  Whoever this 'Diana' is, she is certainly hard to track down. But it is a beautiful rose, nonetheless. Empress Josephine. This is an old Gallica shrub rose which was bred before 1815. It has slight fragrance and blooms from spring to early summer. Its fragrance is mild and it grows to about 4 feet. George Frederic Handel. My favourite composer. One of the most famous people of all time in the music world. This beautiful rose is a climber which grows to almost 8 feet. It has very large blooms which are semi-double. It is mildly fragrant and flowers repeatedly in late spring to early summer. It is fairly easy to buy online. Ingrid Bergman. This rose is a stunner. Ingrid Bergmann was certainly one of the famous people. She was an actress born in Sweden in 1915. This rose was inducted into the Rose Hall of Fame in 2000.  And it has a long list of other awards which means it is hardy and disease resistant. Its petals are dark red and velvety. This is another Hybrid Tea rose which was hybridized by Poulsen in 1984. It grows to about 3 to 4 feet with a delightful arching habit.  It blooms from summer through to autumn. A must have for a rose garden. 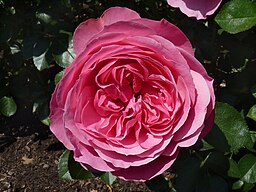 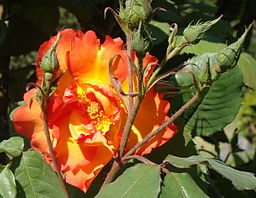 Madame Alfred Carriere. My favourite old world rose of all time.  This stunning rose has all it takes. See it  here in the Rose Hall of Fame. Mr. Lincoln. One of the world's all time favourite roses named after one of the world's most famous people.  Exceptionally fragrant rose. It was bred by Weeks in 1964. It was introduced into the USA by Conard-Pyle in 1965.  A Hybrid Tea shrub rose which grows to about 3 feet or more and also as a climber to 7 feet. With its scented velvety flowers it is a wonderful cut flower. It blooms repeatedly from spring through summer. 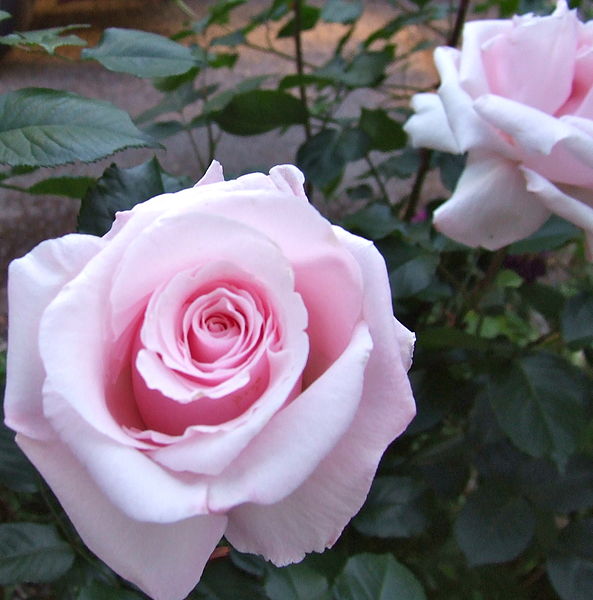 Anna Pavlova. One of the most fragrant roses ever. The pointy petals and straight sides of the Hybrid Tea. Anna Pavolova was one of the most famous of the Russian Ballet Dancers. Photo Credit: Libby Norman.

(David Austin has a lot of roses named after famous people).

Home. Return from Roses Named After Famous People to Pictures of Roses.

"I'd rather have roses on my table than diamonds on my neck".