The Princess de Monaco Rose. A Sheer Delight For Any Garden. 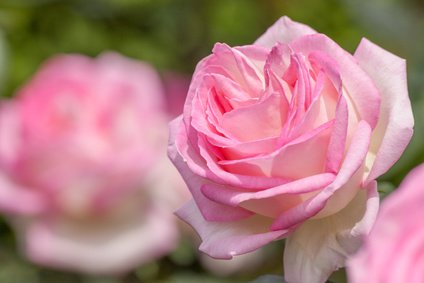 The Stunning Rose of Princess Grace of Monaco.

The Princess de Monaco Rose will not disappoint. Another beauty from Marie-Louise Meilland in 1981. It is a gorgeous Hybrid Tea rose which is named after the beautiful actress Grace Kelly. This rose is a survivor, standing up to Black Spot which is the only disease which affects it here in SE QLD where it gets rather humid in summer. But as long as you pick off the affected leaves (and wrap them in paper and place them in the bin), then it will not spread.

It flowers profusely in mid spring through to mid summer and into mid autumn. It will always have pride of place in any home I live in. And so will the shrub form which makes an ideal container rose. This rose is sometimes described as white rose tinged with pink, but I can't see this. I would describe it as pink with gold 'at its heart'.

Update. Set. 23rd 2014. Have just picked the first bud. Its fragrance is so English Rose - strong and divine. Also, the base of the bud is deep gold and half way up it changes to Salmon Pink. There's no white. A gardener friend of mine agrees with me that a lot depends on the soil and the climate. Anyhow, it's giving us several clusters every few days.

Update. May 13th 2015. Still flowering even though battered by wind and storm and competing with the Bouganvillea on the other side of the arch. But it's not mine so I can't fix it. August 2015. Finished flowering for the winter (July) and now it is getting its first spring rain. It's still going strong.

It is very fragrant and the blooms are about 4" across. They are single-stemmed and ideal as cut flowers for a vase. As a shrub rose it will grow to about 3 feet, and the climber will reach 6 feet or more. The leaves are a dark glossy green and it is very hardy. It prefers the water kept up to it, as long as it's well drained - on a slope is great for this rose -  and of course some mulch and some organic, slow release fertilizer before it flowers. This will give you the best blooms. And dead heading will encourage more and more blooms. Of course it needs well drained soil like all roses, and if it's in a pot, don't forget to put pebbles in the base of the container - which must have holes in it. Organic compost mulch is the best you can give it each season. This will discourage the soil from drying out as well as feeding it well. For this beautiful rose I would recommend only an organic spray for any insect pests you may find. And also, you might like to think of companion plants which are known to repel insects and other pests. 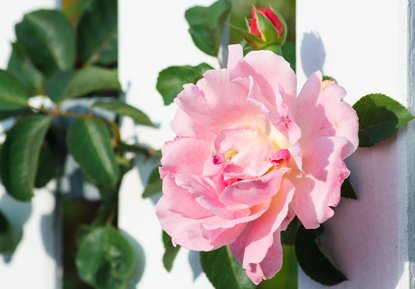 As far as drying out and disease resistance goes, this rose will always bounce back to full bloom if has had a long dry period, and it always copes with anything nature throws at it. Ours (ie. my Mum's) has been in the same spot for well over 15 years and even after drought it looks just as good now as it did way back then. I can thoroughly recommend it.

Also known as Cherry Parfait. Named in honour of the Coronation of Prince Albert of Monaco who is Princess Grace's Son. What a rose!